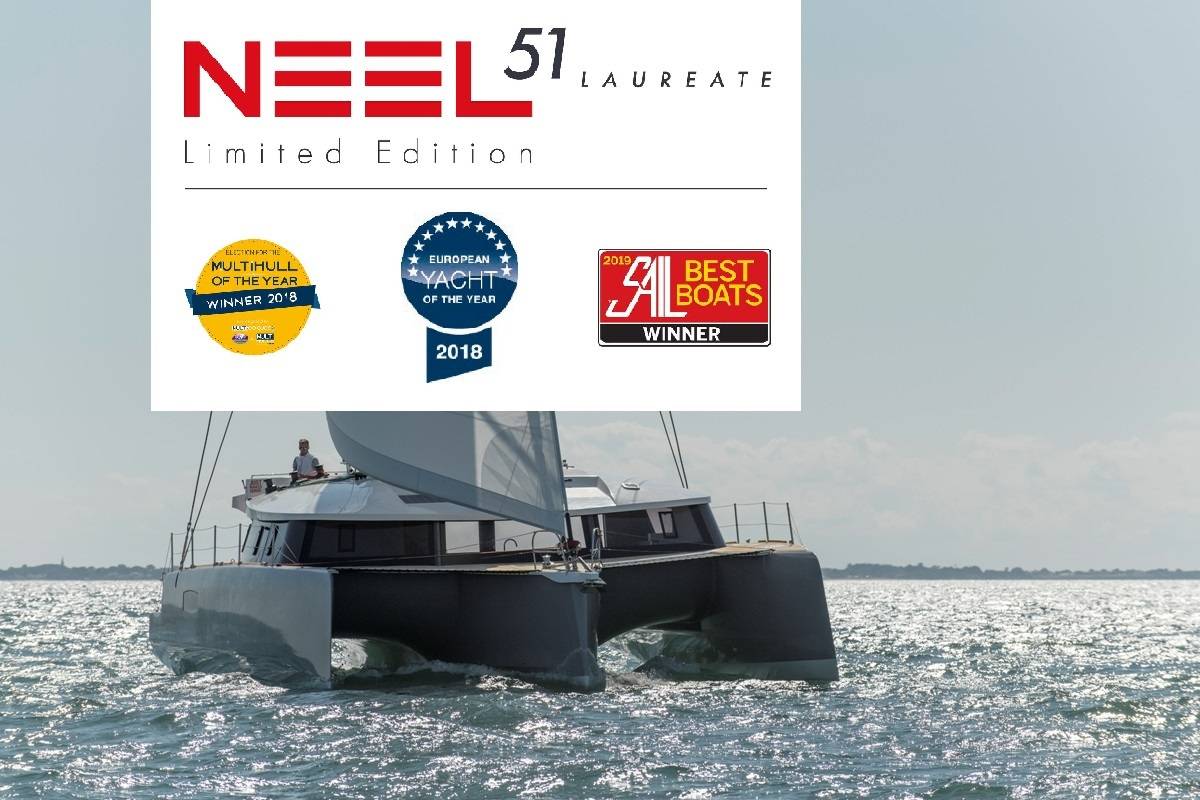 Neel trimarans launched their Neel 51 early 2018, and it was the start of a very successfull year. Throughout the year, this 51 feet trimaran won no less than 3 awards!

The Neel 51, from nominations to awards

Before even being produced, the Neel 51 already counted many orders. Sailors have dreamt of this boat and many happy buyers quickly signed for a Neel 51.

But the success was not only confirmed by the public. The boat was soon awarded by specialists in the industry:

Neel Trimarans can be proud of their 51' trimaran, which gathers a lot of innovation. The accommodation capacity is simply incredible, including a luxurious Owner cabin with incredible view, and comfortable en-suite cabins in both floats. The Cockloon, which unites the cockpit and saloon, offers a vast convivial area. Circulation is facilitated throughout the yacht, and the trimaran technical room is the dream of all sailors, offering a lot of space to work in. Storage is the Neel 51 is also very generous.

The Neel 51 is simply perfect for long-term cruising, and allows to choose both performance and comfort.

Because the model meets such a great success, Neel Trimarans decided to launch a special edition, called the NEEL 51 LAUREATE.

For this version of the boat, the shipyard carefully chose options to please most circumnavigating fans, such as a Premium pack (including bow thruster, electric winch...), autonomy features such as solar panels and watermaker, B&G electronics, etc.

For those who prefer to lighten the boat and enhance performance, the Racing line of the Neel 51 should be more appropriate. The equipment includes for example carbon and fiber glass material, carbon mast and stanchions, hydranet sails, an optional daggerboard, rigging and fittings upgrades, etc.

Click here for Specs and Reviews on the Neel 51 trimaran